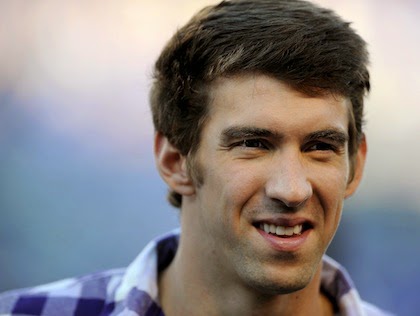 BALTIMORE (TMZ/WJZ/CBS NEWS)—The Baltimore bullet has been arrested for drunk driving, according to TMZ.

The celebrity gossip website reports Michael Phelps was arrested for driving under the influence in Baltimore City early Tuesday morning.

If TMZ is correct, this would be Phelps’ second DUI arrest.

In 2004, the Olympic gold medalist swimmer was stopped near Salisbury University after running a stop sign. He was charged with DUI, DWI, violation of a license restriction and failure to obey a stop sign. After striking a deal, Phelps was sentenced to 18 months probation after pleading guilty to drunken driving.

This will be the second time he was caught. 84 in a 45 zone. He is out of control. I'm sure nothing will happen this time also.

No different than the woman who Salisbury City police and Maryland State police keep allowing to get off.

I'm sure he'll get daddy to help sweep this one under the rug, too. Just like last time!

Wow, 2 DUI's in what, a decade? Yeah, Phelp's is a master criminal deserving a long term stay in a prison cell.


What about Ruark? Drunk, speeding, with a loaded gun on the passenger seat. Upstanding guy, right there! Oh wait, he's Johnny Law so let's not condemn him, even though he was so clearly in the wrong.

They have another one also, From Salisbury Police. Sheryl Shiflet has been picked up several times, and just was recently arrested for it. ( Twice now)

2:05 Maybe he should be involved and this loser wouldn't be a drunk!

Wicomico County should be proud. They let Phelps off a DUI charge so he could be a ROLE MODEL for kids and here's the result.
He's NO different from these sports show-boats who are getting the mega bucks from teams and their sponsors to BE A ROLE MODEL. Their role anchors is NOT the proliferation of morals but drug use, battery on females, and general criminal conduct involving weapons and firearms. I want to thank the Wicomico Courts for allowing Phelps a second chance to teach impressionable teenagers that the abuse of alcohol while driving is O.K.

**** We need to stop treating these athletes like hero's or roll models. It is disgusting when parents glorify athletes to their children.

He will get off, just like most prominent Marylanders... until his 8th or 9th offense.